Thoughts on the 2016 American political situation from an Anarcho-syndicalist:
by Marcus If, August 2016

Bernie never had a chance (sorry, folks, Obama took the only shot), but you gave him yr money. Hillary is a proven corrupt, arrogant, status quo warmonger, but you will give her yr vote. Trump is a full-blown fame blinded megalomaniac, just exactly the evil dictator we need, why do you think the establishment fears him so? Because nobody with money wants the 2nd American Civil War that such a POS POTUS would bring. Irregardless of who wins, the people will still obediently pay the taxes.
Chomsky is endorsing the lesser or two evils as well, and while I respect him as a social NLP programmer, his carefully couched words reveal him as an intellectual white-collar anarchist.
Mr. If believes we are the voluntary slaves of the great god Entertainment, under whose guidance we needn’t Think or more importantly Act. And we are afraid of the armory of the Oligarchy. That makes us, my fellow Americans, lazy & cowardly. The Tyranny of Hope will not save us. The predators smell our weakness, they are coming: war, plague, drought, starvation; NASA says w/in 13 years (see the HANDY model). SoCal & AZ are already gone… The Industrial Age Collapse is In Progress (began 1999 roughly), much like the Bronze Age Collapse or demise of the Roman Empire. Armchair Anarchy is not the answer. Taking TO the streets in protest is not the answer. Taking BACK the streets, re-owning our local territory, is the only solution.

1.) Vote Trump for Dictator. (or Green if you can’t stomach it) He will divide the Oligarchy. The far over-valued economy will collapse. Civil War will begin in the military, continue by state successions. People will die. But we will no longer die for Them (after tax), we will die against THEM. This is Courage.

2.) Federal Income Tax Strike. (1968 all over again) De-Fund the Fed. Claim 10 Dependents and do NOT FILE Federal tax forms. Do pay yr properly adjusted State Taxes, that is yr home territory. Fear not the Oligarchy.

3.) Vote Local. Let the politicians in yr State know the times are changing by voting on local issues in record numbers. Write in “Nobody” (thanks Wavy!) for Federal Congressional sellouts. No more corporate tax breaks from town hall. No more private prison quotas. No more militarization of the police. You know the issues, make it happen in yr town. ColoradoCares!

4.) Buy Local. Which means buy less, pay more, barter, but do business with yr neighbor and not with corporations at all. Move yr savings from corporate banks to local credit unions. Encourage local franchises to cut ties and rebrand. Shop at farmers markets instead of supermarkets. Support local endeavors that are community-based &/or community-focused. Do More for Free.

5.) Be Egalitarian. The Oligarchy uses divisive issues with pretty pictures to control the tax-paying endlessly replacing-instead-of-fixing masses. This psychological warfare against their own people is all ontological bullshit. The only thing that matters is fair relations with the person right next to you. You ain’t gotta like ’em, but you damn well better offer respect, Americans. That is Honor. 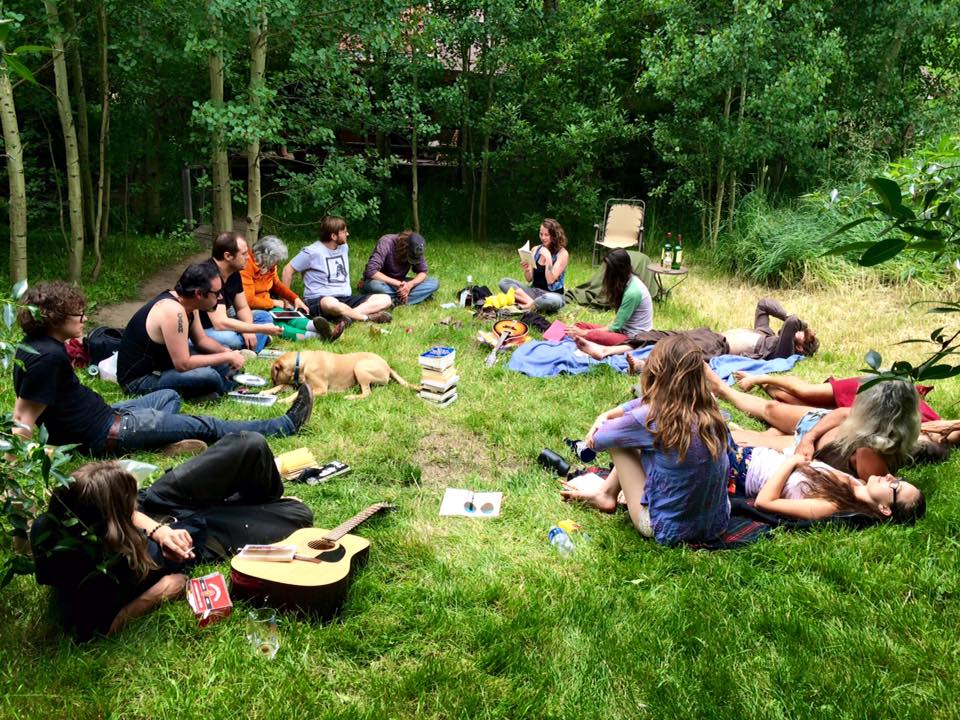